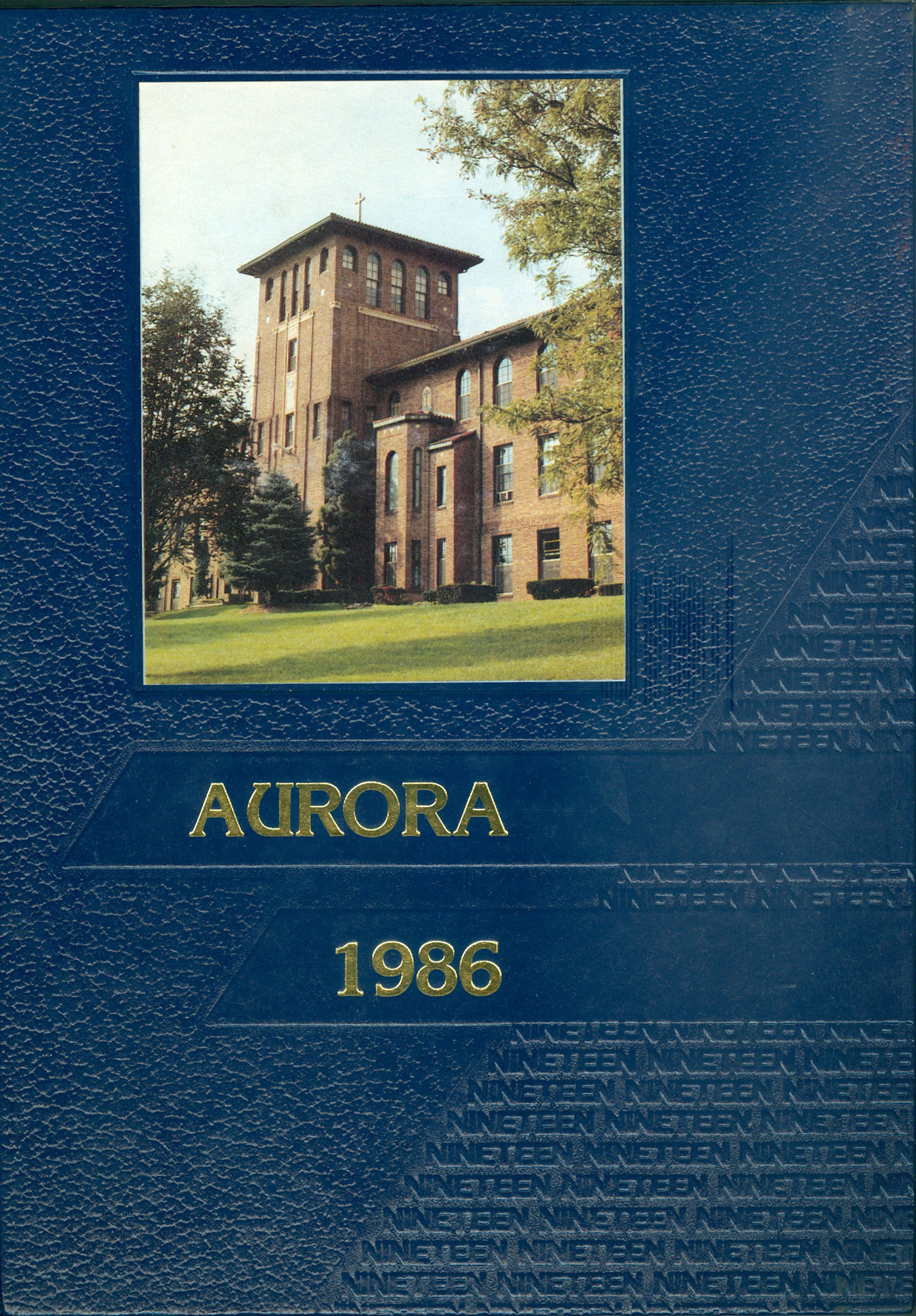 By systematically caring for the records of the University, the Archives serve as its institutional memory. These records are the materials that document decision-making, that define internal governance, that create a legacy for future generations; they offer evidence of past events, provide accountability for actions taken, and support ongoing relations efforts; and finally, they help to ensure consistency of practice throughout the institution while creating managerial efficiencies. 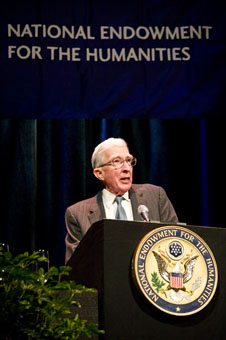 The John Updike Collections contain materials related to the two-time Pulitzer Prize winning American author John Updike, a native of Reading, who grew up in the local areas of Shillington and Plowville.

The development of the collections is the result of a continuing partnership with the John Updike Society. In the early planning for its establishment in 2009, the founding members were deeply committed to the establishment of a society archives as an important source in the scholarship of John Updike. Several important collections were obtained through them and in 2011 ownership was transferred to Alvernia University as the permanent home for them and any future collections obtained through the efforts and influence of the Society.

This collection is comprised primarily of materials produced, by, for, and about John Updike. The major parts of the collection include:

Rachael C. Burchard was an instructor of English at Northern Illinois University. She had a lifelong interest in creative writing and the modern novel and was the author of several articles of literary criticism. In 1971 she published John Updike, Yea Sayings, one of the earliest critical examinations of Updike’s works.

This collection is comprised primarily of her working files related to her studies and teaching of John Updike and the publication of John Updike, Yea Sayings. It also contains her copies of books by and about John Updike.

Larry C. Randen was Senior Literary Assistant at The Centaurian Website, a collection of works by and about John Updike which was active from 1996 until 2010. Randen contributed content with special emphasis on essays and reviews as well as responding to questions submitted by readers. For over ten years, he collected and saved material as it was found.

The collection consists of approximately 5000 items by and about John Updike printed from the Internet, including articles, essays, reviews, photographs, memorials and more. They exist in both paper and electronic versions, the latter on compact disks.

Emerson Gundy was a second cousin of John Updike and a school classmate of his. Both graduated from Shillington High School in 1950. He and his wife, Marlene, were the owners of Updike’s family home in Plowville, Pennsylvania from 1990 to 2014. Updike, his parents, and his maternal grandparents shared this home when he was in high school.

Gerald R. “Jerry” Potts (1931-2016) was a playmate of John Updike and a 1948 graduate of Shillington High School. He was a four letter athlete playing football, basketball, track and baseball at Albright College from which he graduated in 1952.

After his service in the U.S. Army during the Korean War, he worked as a purchasing agent for several manufacturing companies in the Reading area including Cartech, General Battery, and Trim Master until his retirement in 1980.

He was a member of several organizations and boards in the community such as the Governor Mifflin School Board, Booster Club and Hall of Fame. He served on the Shillington Borough Council and the Shillington Zoning and Planning Commission. He also coached Shillington Little League baseball and served as a PIAA Track official. 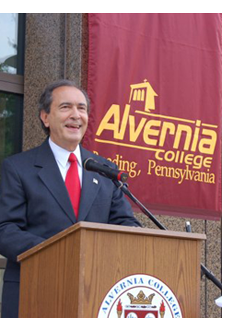 The late Senator Michael A. O’Pake was one of the state’s most celebrated statesmen and public servants. He served as a member of the Board of Trustees at Alvernia for close to 20 years. Upon his death in 2010, O’Pake bequeathed his entire collection of political papers and memorabilia to Alvernia University. The collection contains over 40 years’ worth of materials. His desire was for students and the public to see what public service entails.

Included in the collection are personal and political papers, legislative records, correspondence, and press and media materials. A collection of artifacts such as awards, plaques, and other memorabilia is currently unprocessed and not available for use. 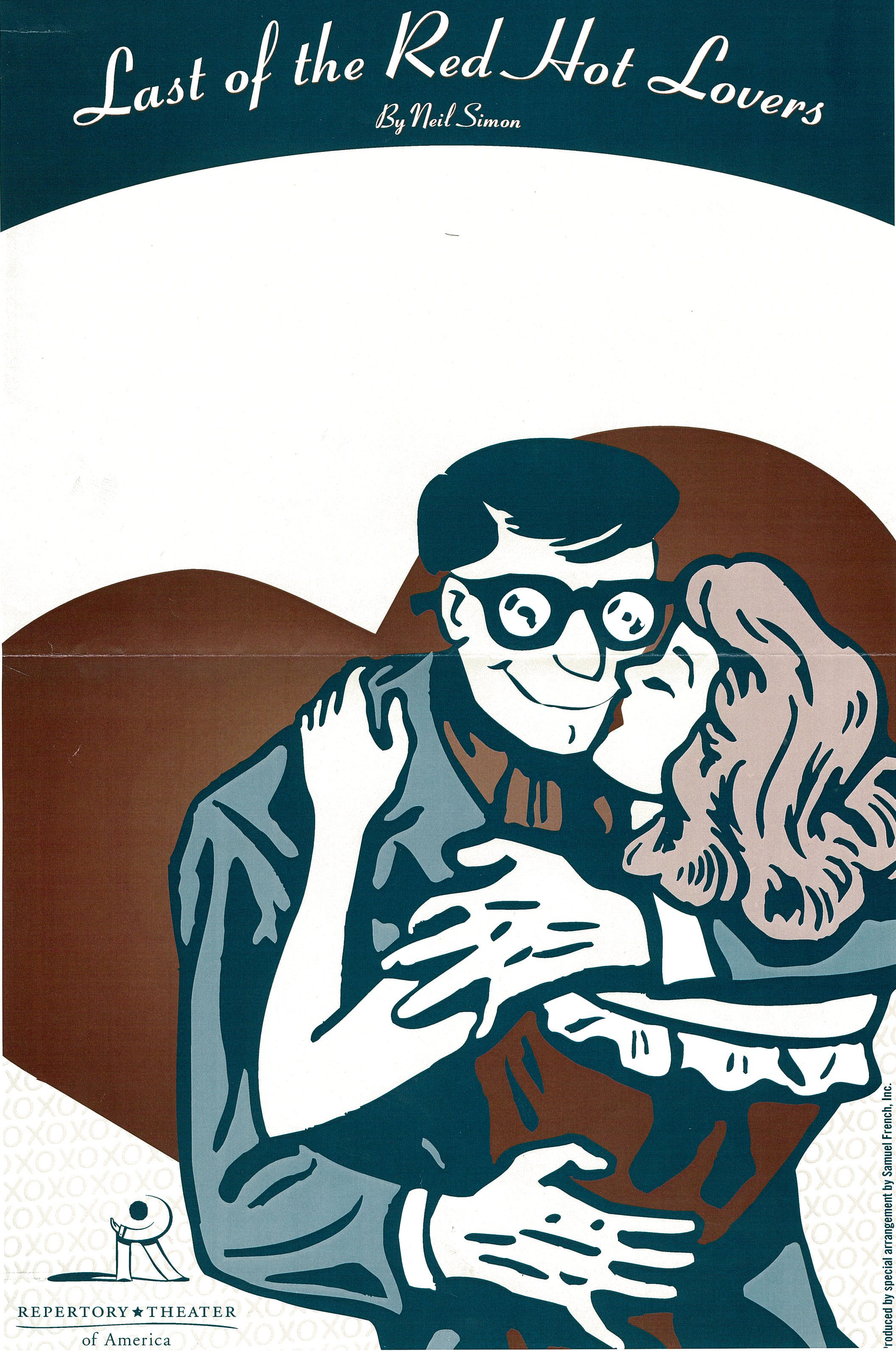 The Bishop's Company Repertory Players was a Christian touring theater troupe founded in 1952 in California. During the 1950s and 1960s, its actors appeared throughout the United States and Canada performing in churches, town halls, prisons and army bases.

The Bishop’s Company travelled literally over a million miles to present productions in underserved areas throughout the entire United States and Canada. It served as a springboard for many young actors, most notably the playwright, actor, and television and film director, Sam Shepard (Buried Child, The Right Stuff).

This collection is currently unprocessed and not available for use.